Today I got 2 Kiev 35A’a and a minox EL in the mail(Thanks Iggers)!
Only one of the kiev’s works so I will crack them open. First try new batteries though.

Today I visited the man who got me into photography in general and into old cameras in particular – I fondled his leica m2 and rolleiflex planar as he explained me the exposureisocomposition bit. He shoots a minoilta 7d and rolleiflex nowdays.

He gave me his nikon f3 with 50/1.8E Series on a “permanent” loan(he will contact me if he needs them as well as some film and some advice. We will go shoot together someday – he lives in the pastoral kibbutz Brur Hayl.

I decided to buy the epson 4490. It cost as much as 50 crappy lab scans so it will pay for itself very fast(I have 25-30 films waiting at least and 10 undeveloped in the fridge).

Here’s a couple of images from Petra. They were shot with the nikon fm2n and 50/1.4AI or 28/1.8 sigma lenses on kodak profoto 100 film. They were lightly cropped (5% or so to remove the ugly scanning frame). 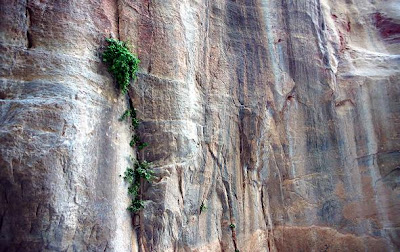 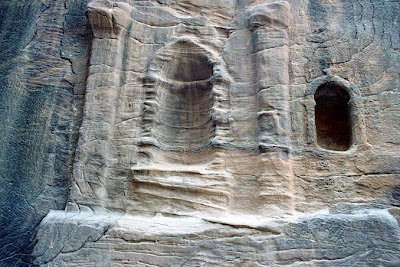 They are the only two pics that scanned OK of the last batch.
They don’t show one tenth of the beauty of the place – VISIT IF YOU CAN! If you visit Israel it is very easy (and not to expensive) to have a day trip there from Eilat. If you need details – contact me. I will definately visit it again. Maybe see Wadi Rum next time as well.
If you are going there to photograph – you need a few days – the light is harsh(except sundown and I presume sunset,and it’s full of fat redfaced short wearing tourists. Bring a tripod and something larger then 35mm, a wide selection of film and good hiking boots(It’s a long walk).
Bring a short tele for pictures of the local bedouins. Bring a couple of liters of drinking water.
I hope in a month or two I will have A LOT of new pics to show.

I looked at the scans – they are all dusty and the color is off. Something is wrong with the scannersoftware. I managed to Salvage three pictures out of 70.

Here’s a picture of Sunrise in the Arava(the road from the Negev to Eilat).It’s one of the theree decent pictures from the scans. 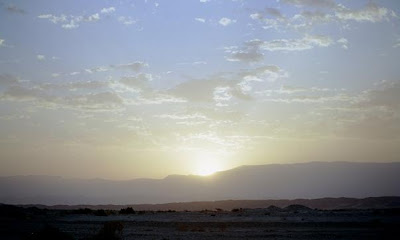 Greyhoundman was very kind and sent me a new focusing mechanism for my yashica lynx 14! I installed it – some adjustment needed but will be done later(He was kind enough to explain me how to do that as well).

Iggers was generous and sent me three toys-at his expense(minox el and kiev 35a that need repair and a kiev 35a that works – waiting for the mailman now!) I will send him the elicon 35cm and vilia auto(I need to thank the man somehow,and besides he showed interest in them).

I am considering getting an Olympus PEN F with a couple of lenses(“normal”38/1.8; soligor 100/2.8) for very cheap – the problem is that it is jammed – I need to check if I can find a repair tech for it or do it myself. I wanted one for a while but they are pricey.
Wouldn’t mind finding a nikonm42 adapter for it.

I recieved three scanned films from Avi Agronov(color – two from Petra one “generic”) so something will be up pretty soon.

Recieved 20 or so records, mostly classical(Vienna Boys Quire singing Lieders for example – A romanian conductor I don’t know doing highlights from Peer Gynt and Nutcracker ), One Uriah Heep(cute), the Rolling Stones(Live at ’81 – great) and a couple of really ecclectic ones(WHAM!-to the bin ,the soundtrack from Zorba the Greek and Amalia Rodriguez).

Will listen and throw awaydonate what I don’t like. The scratched ones are “plastic cover donors” for my old records that have bad ones.

Where did all the cowboys go 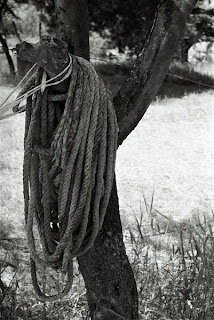 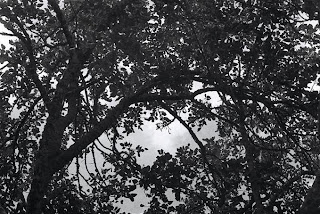 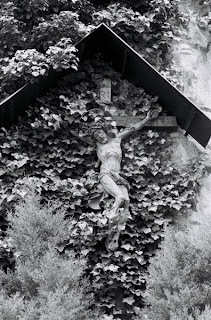 Watched Clerks II(Smith stll has it but I liked the first one MUCH better) and Shortbus(pretentious and average – the live sex is realistic and unpleasant to watch-distasteful gimmic) yesterday. Listened to Wagner’s Parcifal(deutche grammophon recoirdings,von Karajanb conducting vynil). 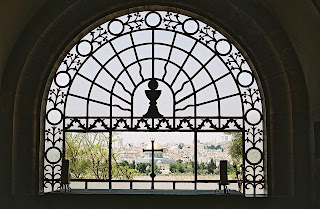 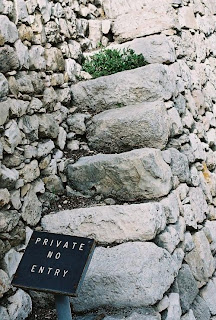 Some kind of thristle. Or just looks like it. 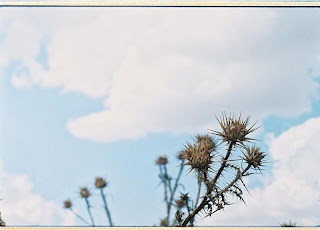 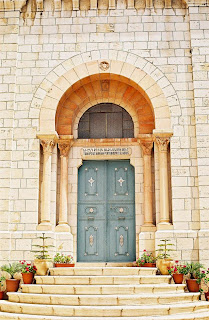 A private residence in the Muslim quarter – probably someone in the family returned from a Hajj. 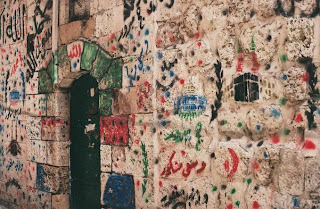 A church entry on the Olive Mount. 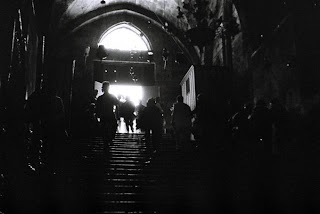 I think the backlighting adds a mystical feeling – lost between two worlds. 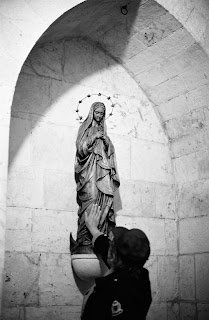 This one is from Santa Anna church (Muslim quarter). It was shot on color film. The tourist was probably Italian.

today i dropped of 8 rolls of different color films(that I shot over the last 4 months) to develop(I will scan them one day) and about 200 photos to print(Prague travel album).I have somehting like 10 unscanned developed BW and about 5-6 undeveoped ones.I have 4-5 120 bw films waiting to be scanned by one guy and 4 x35 colored ones by another but they don’t have much time so it take forever.

I got the new computer and it works quietly and with no fuss. 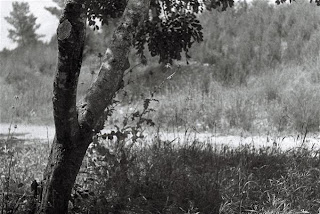 today i dropped of 8 rolls of different color film(that I shot over the last 4 months) to develop(I will scan them one day) and about 200 photos to print(Prague travel album).I have somehting like 10 unscanned developed BW and about 5-6 undeveoped ones.I have 4-5 120 bw films waiting to be scanned by one guy and 4 x35 colored ones by another but they don’t have much time so it take forever.

I got the new computer and it works quietly and with no fuss.